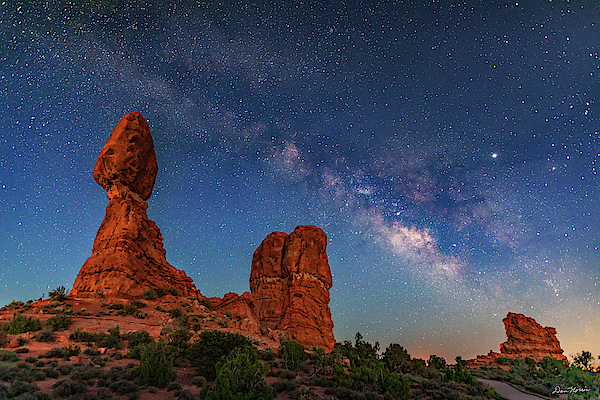 The landscape in this photo was lit by light from the western horizon during Astronomical twilight. The horizon light also resulted in the rich blue... more

The landscape in this photo was lit by light from the western horizon during Astronomical twilight. The horizon light also resulted in the rich blue sky color. The image was shot at ISO 1250 with a 20mm lens at f1.8 resulting in enough light sensitivity to capture the colors and a brilliant Milky Way.