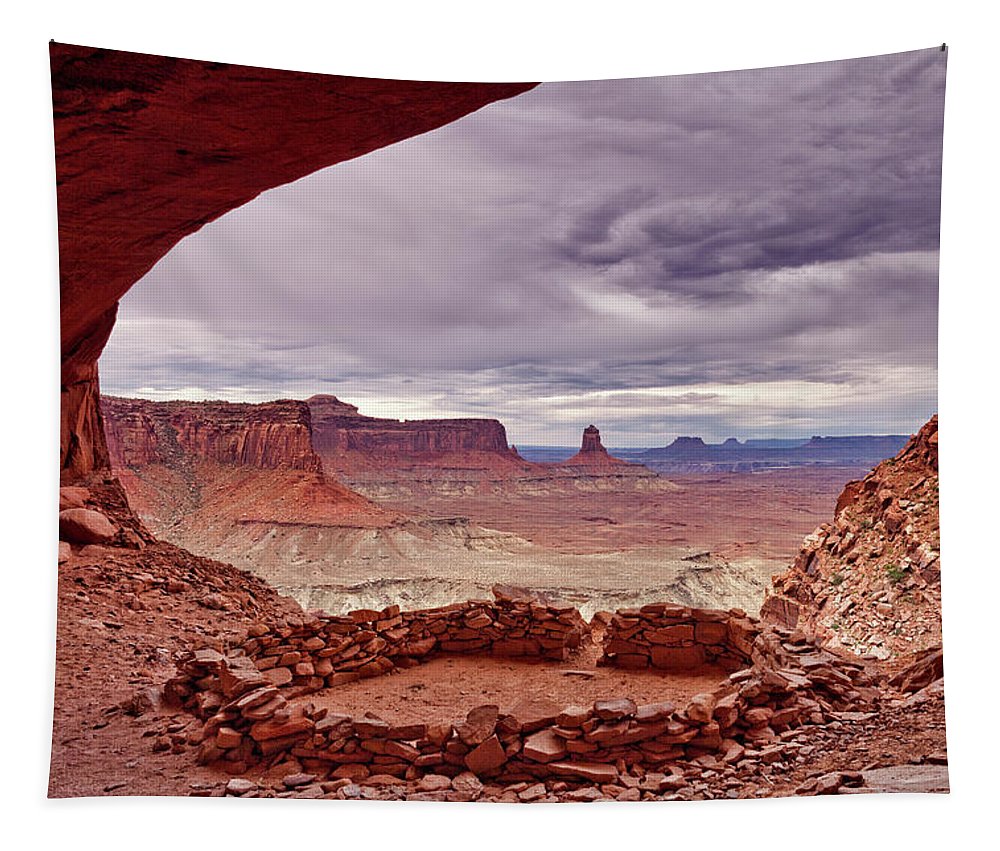 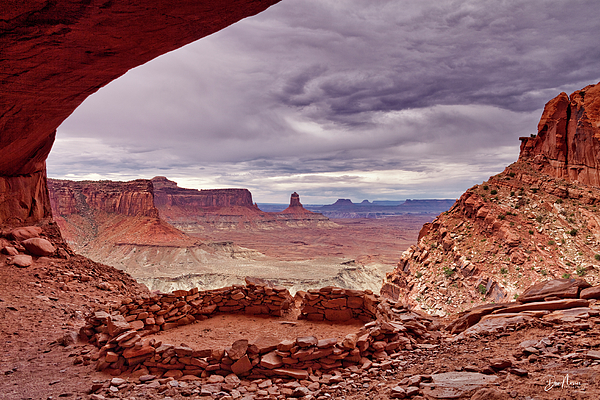 False Kiva is an ancient structure located in a huge alcove in the Island In The Sky District of Canyonlands near Moab, Utah. This was just before... more

False Kiva is an ancient structure located in a huge alcove in the Island In The Sky District of Canyonlands near Moab, Utah. This was just before the sky let loose with waves of rain and lightning. The site was closed due to vandalism - people carving initials in the alcove walls, walking on and moving rocks in the circle and other senseless acts. These ancient sites must be treated with respect and care.